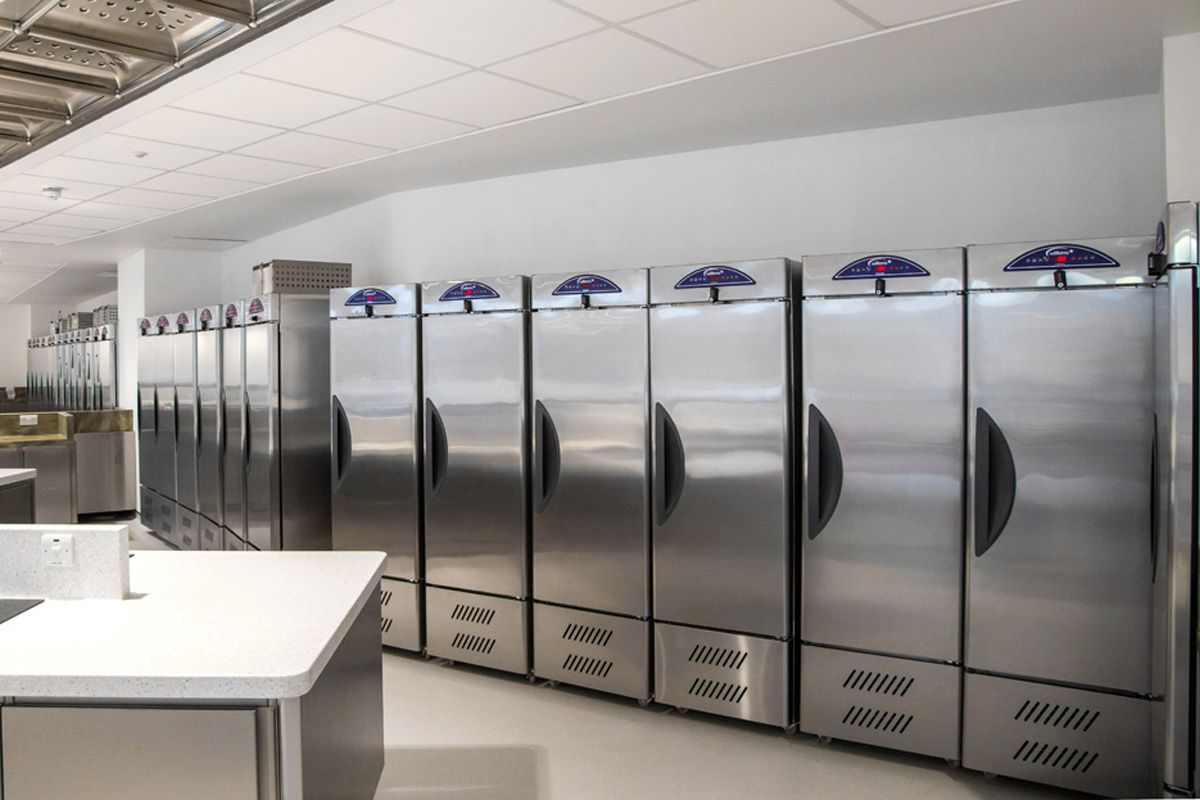 Suite of Zircons at Edinburgh University 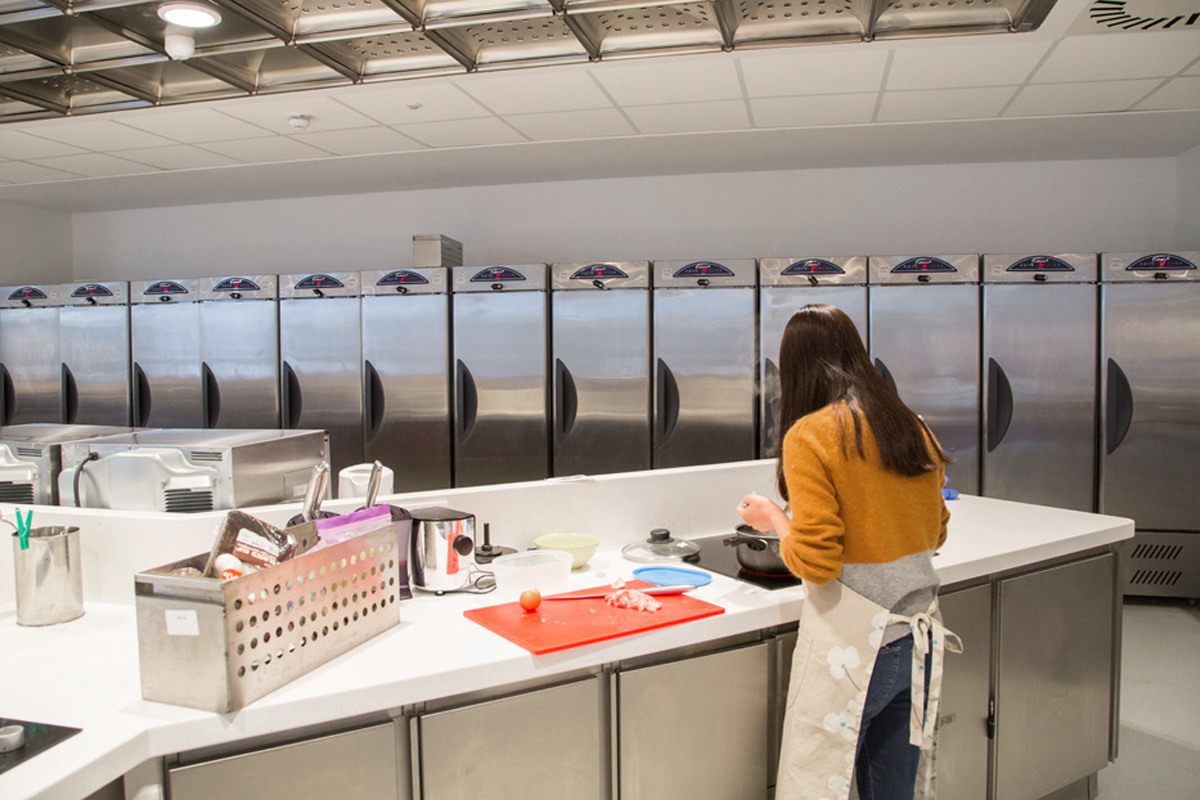 Suite of Zircons at Edinburgh University

Fridges are ‘critical to success’ at Edinburgh University

When it comes to designing student residences for postgraduates, it must be recognised that they can have very different living patterns to undergraduates, so they don’t necessarily want the same kind of accommodation arrangements.

The classic student residence is a cluster of three or four rooms in a flat with a shared living room and kitchen. While this is still very popular, the University of Edinburgh has moved to create a more exciting model which recognises postgraduates’ preferences.

For example, they often don’t eat at the same time as their flatmates. They often just want to snack. And they have very different study patterns to undergraduate students, which impact on when they choose to eat and interact socially.

To answer the specific needs of some of its postgraduate students Edinburgh University has built the UK’s first Residence Hall, which opened in September 2015. “It’s a concept that’s been trialled elsewhere around the world, particularly in America and Australia, with great success,” says assistant catering director, Ian Macaulay. “It’s working well here, too – so much so that we are getting a lot of visits from other universities.” Which is a real feather in the cap of all involved, since, as with any new idea, getting it agreed was far from plain sailing!

Essentially the Residence Hall still features individual rooms, with common rooms on each floor, but the main kitchen and social element are centralised. Edinburgh University’s Residence Hall is on Holyrood North; its kitchen/social complex is open plan and divided into eight areas, each with a cross-shaped prep counter and a mix of seating and eating stations.

Williams supplied specially designed fridges and freezers with storage compartments for individual students. “The refrigeration is critical to the success of the project,” says Ian.

Each kitchen has its own ovens, microwaves, sinks, hobs and so on. For storage, each student has their own dry store plus chilled and freezer space. “We started looking for a refrigeration solution back at Hotelympia 2012, where we talked to several manufacturers, including Williams. What we needed was an upright cabinet that could be compartmentalised for each student.

“It’s more complicated than it sounds. For the fridges, the compartments needed to, on the one hand, allow proper airflow, but on the other minimise the risk of any cross contamination, for example for vegetarians or for those whose diets are restricted for religious or medical reasons.

“It was clear that we needed a bespoke solution. The cabinets also needed to be quite narrow, to fit in the space we had. Williams came up trumps with a tailored version of the company’s Zircon units, each of which has room for eight individual compartments.”

Williams worked with Edinburgh to develop several different compartments to see which worked best.
The one chosen is made of stainless steel and has holes drilled in the sides to allow airflow, but positioned to ensure the risk of cross contamination is removed as much as practically possible.

The University wanted to ensure the security of the students’ foods, so Williams developed combination locks for both the fridges and the freezers.

Ultimately Williams supplied 64 Zircon fridges and 40 Zircon freezers,. The model is the Z12, a versatile, slimline, single-door upright cabinet. The bottom-mounted refrigeration system allows easy access for service while the rugged construction makes it simple to clean and strong enough to handle tough kitchen environments. The Z12 has a capacity of 312 litres and the fridge’s energy-saving CoolSmart controller guarantees excellent temperature control.

“Williams worked really well with us, they were very receptive to ideas and were happy to sort out bespoke solutions for us,” says Ian. “In fact the whole project is a great success. The Hall allows students to be alone or to cook together – whether they have shared subjects, nationalities, interests, or whatever. It’s a fantastic model of social interaction and student engagement.”