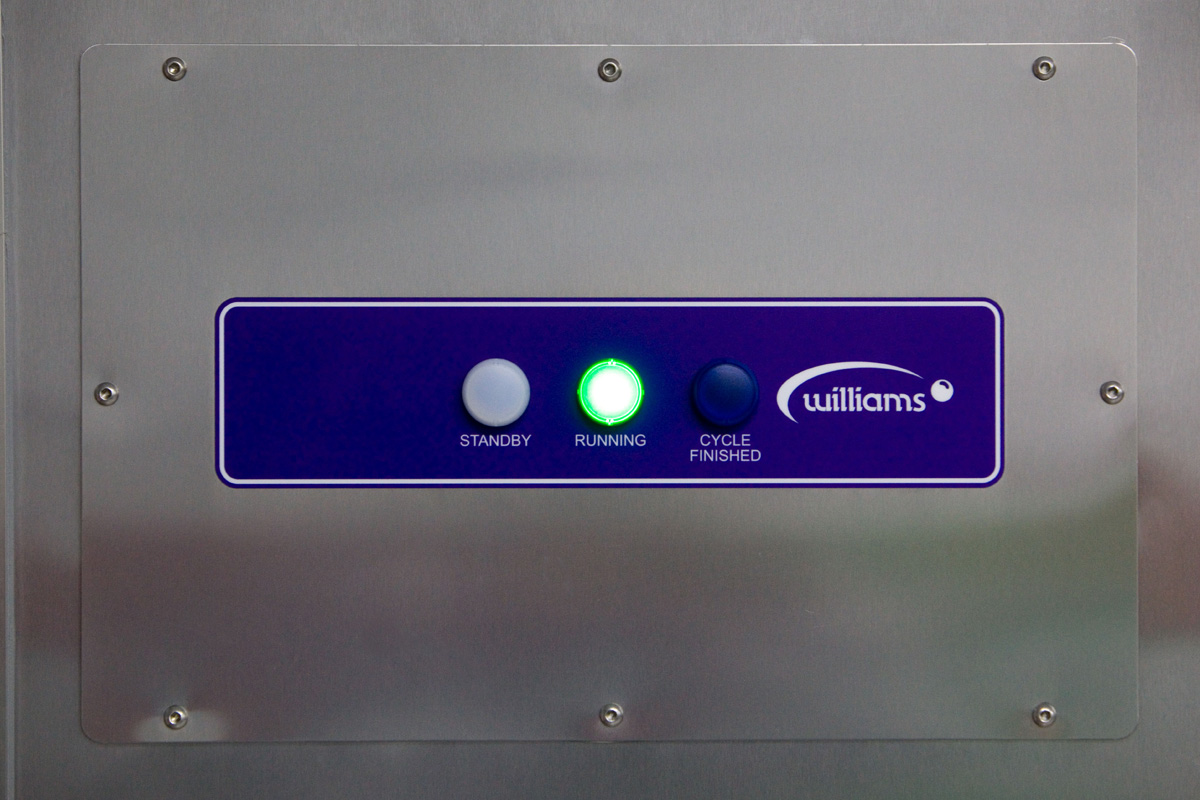 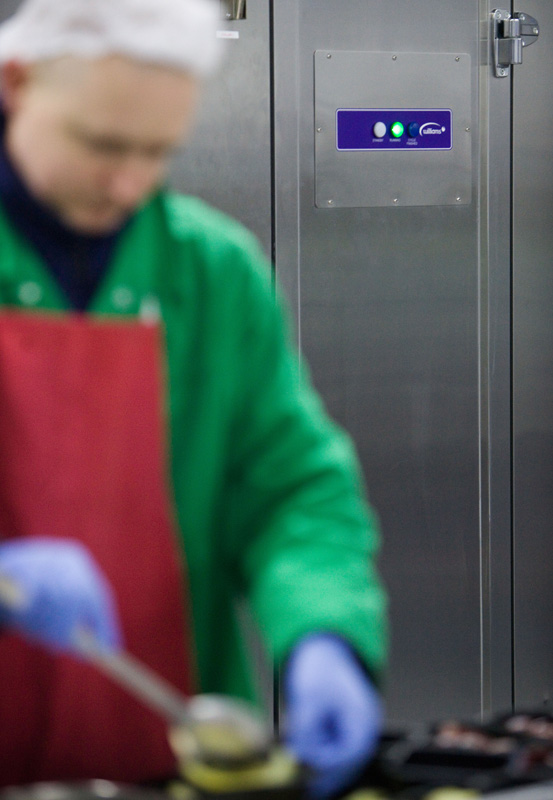 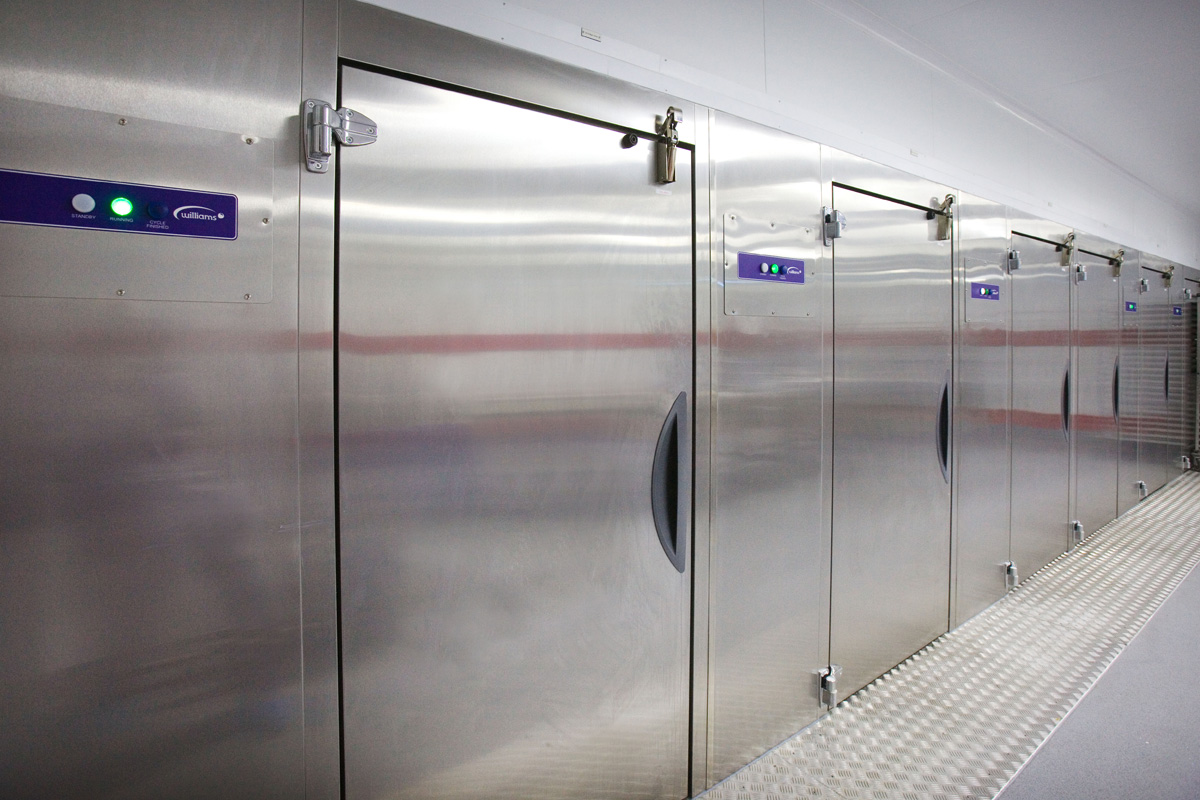 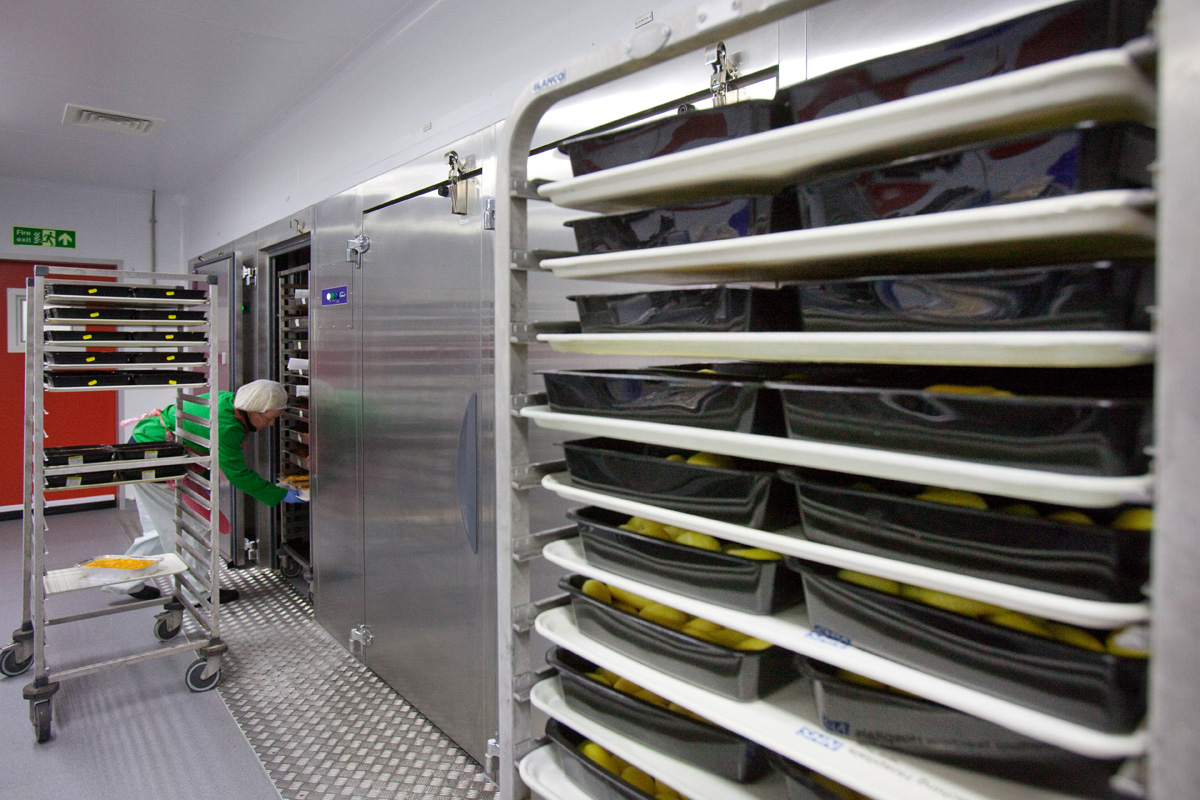 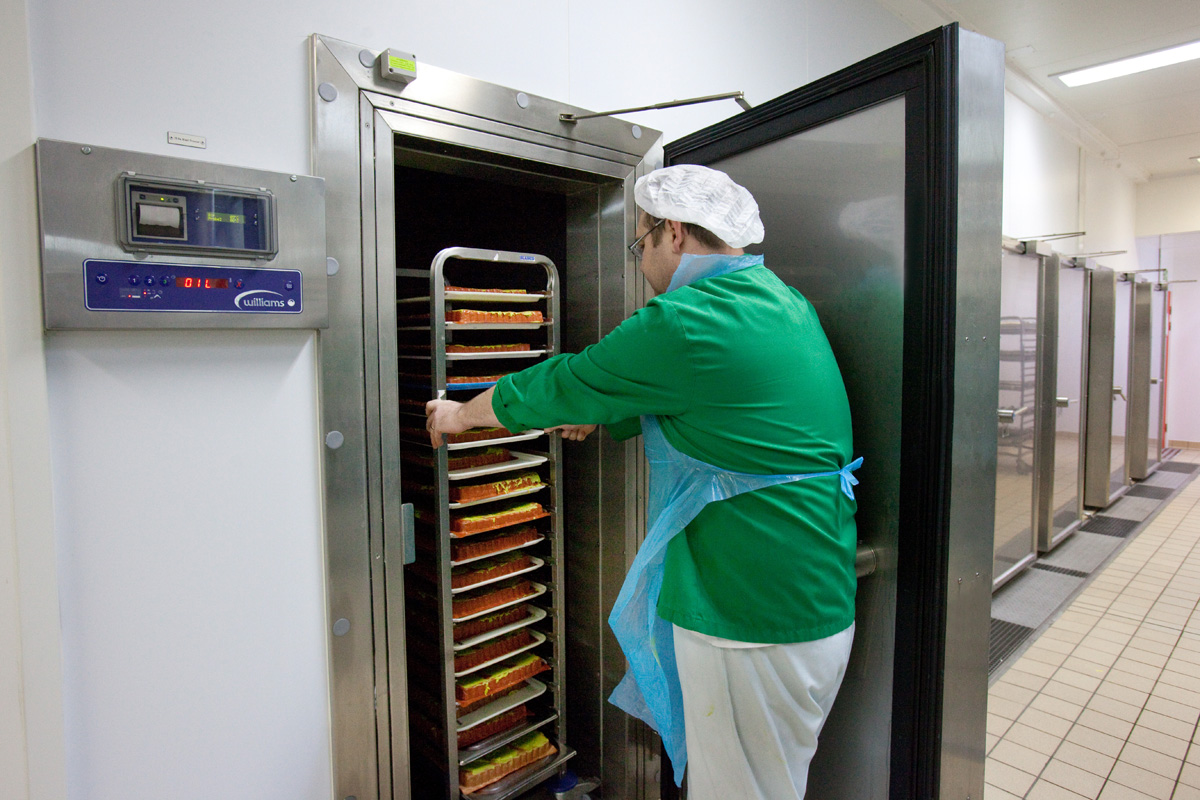 In order to maximise clinical space and save running costs Sheffield Teaching Hospitals (STH) has invested in a £10million-plus project that will ultimately see one Central Production Unit (CPU) preparing thousands of meals a day for the patients, members of staff and visitors at all five hospitals in the Group.

The CPU kitchen is based at the Northern General Hospital and Williams played a major role in the project, with the installation of refrigeration and a suite of coldrooms for the site. The CPU features a pioneering energy saving system that recycles waste heat from the refrigeration and uses it to heat up the CPU’s hot water supply. Another innovation employed is the use of 60-minute fire doors on Williams’ pass-through blast chillers and blast freezers.

“We are one of the UK’s top five foundation hospitals and maximising use of space is a major issue,” says Senior Project Manager Laurence Fowles. “When it is required, we have to reconfigure the services. This project was born out of the need for space at Royal Hallamshire Hospital – the kitchen there was needed for clinical use, giving birth to the idea of refurbishing the CPU at Northern General, so that it could supply Royal Hallamshire’s catering.”

The consultant on the project was Merritt-Harrison Catering Consultancy, the main contractor was Henry Boot Construction and the equipment was installed by Williams Central, Doncaster.

The refurbishment covered the post-cooking side of the CPU – throughout the project the rest of the CPU had to be kept in operation. “We completely re-designed the post-cooking area to give us a slicker, more efficient operation, ultimately capable of servicing the needs of all five hospitals.”
As well as installing coldrooms, blast chillers, blast freezers and refrigerated preparation rooms, Williams supplied insulated panels that were used to divide all the rooms and areas, creating hygiene stations, ambient stores, pan wash areas, and so on. The panels form a tough, rigid structure ideal for the purpose, but are also very flexible in terms of application and design.

The CPU has been designed to work ergonomically – thus the salad coldroom leads into the salad wash room which leads into the salad and sandwich prep room. Other rooms include bulk holding, lid and label, pick and pack and so forth. The design needed to be flexible, for example in order to incorporate the dietary requirements of the patients, staff and visitors. “This is an increasingly important part of our work.

Not only in terms of, for example, halal, kosher, or individual patient’s special clinical dietary needs, but also because there is more and more evidence of the critical role diet plays in aiding and speeding up recovery. Bluntly, the right diet means the patient goes home sooner, freeing up another bed.”
The food for patients at other hospitals is transferred from the CPU in containers. Once on site it is loaded into regeneration trolleys, which are used to serve the food at ward level. Williams supplied panels to create a suite of rooms to process Northern General’s own regeneration trolleys.

“Price is a buying choice driver, of course, but sustainability and energy saving are of paramount importance when it comes to specifying equipment, including refrigeration,” he says.

All the Williams refrigeration supplied to STH was developed under the company’s Greenlogic initiative, which aims to minimise energy consumption.

One of the most innovative sustainable features of the project is the heat exchange system that recycles waste heat from the refrigeration and uses it to pre-heat the CPU’s incoming hot water supply.

As well as saving energy, the process should lengthen the life of the refrigeration. This is because, in passing through the heat exchanger, the refrigerant gas loses heat, so the refrigeration system doesn’t have to work as hard to cool it down. 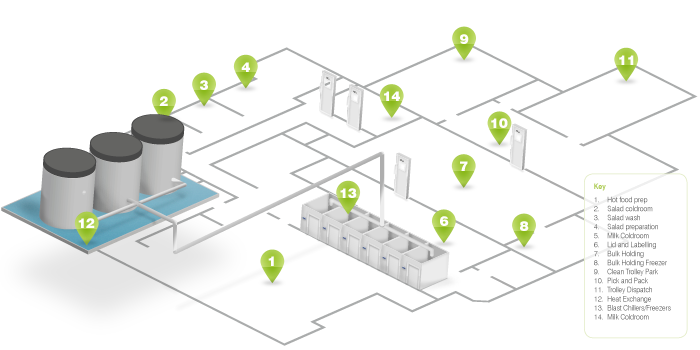 The four modular blast chillers at the site are WMBC240 pass-through units, each with chilling capacities of 240kg.

The two blast freezers are WMBF200 units, again pass-throughs with freezing capacities of 200kg. All the units can accommodate two 2/1GN trolleys and are manufactured of stainless steel.

Standard features include automatic defrost and switch to storage mode, on completion of the blast cycle, and door mullion heaters.

The chillers offer the option to soft chill or hard chill: soft chilling ensures that delicate foods can be cooled without damage, while denser foods are chilled safely using the more powerful ‘hard’ option.

Pass-through units allow staff from the CPU’s cooking side to load the blast chillers and freezers, so staff on the post-cooking side can access it once the cycle is complete.

The 60-minute fire doors are fitted on the cooking side to comply with the STH’s health and safety policies. “The fire doors are unusual, but Williams is very good at being flexible, to accommodate customers’ requirements, and were able to tailor the units to meet the specification,” says Ian Powell, Managing Director of Williams Central.