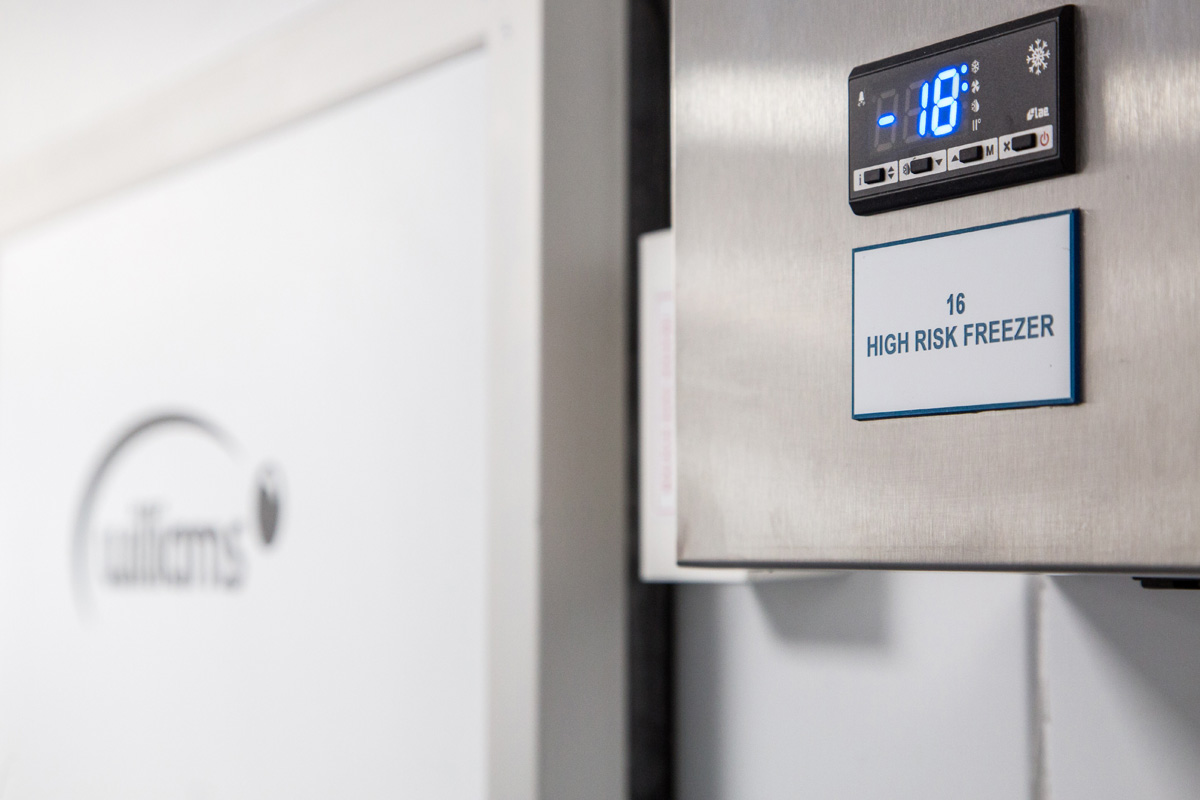 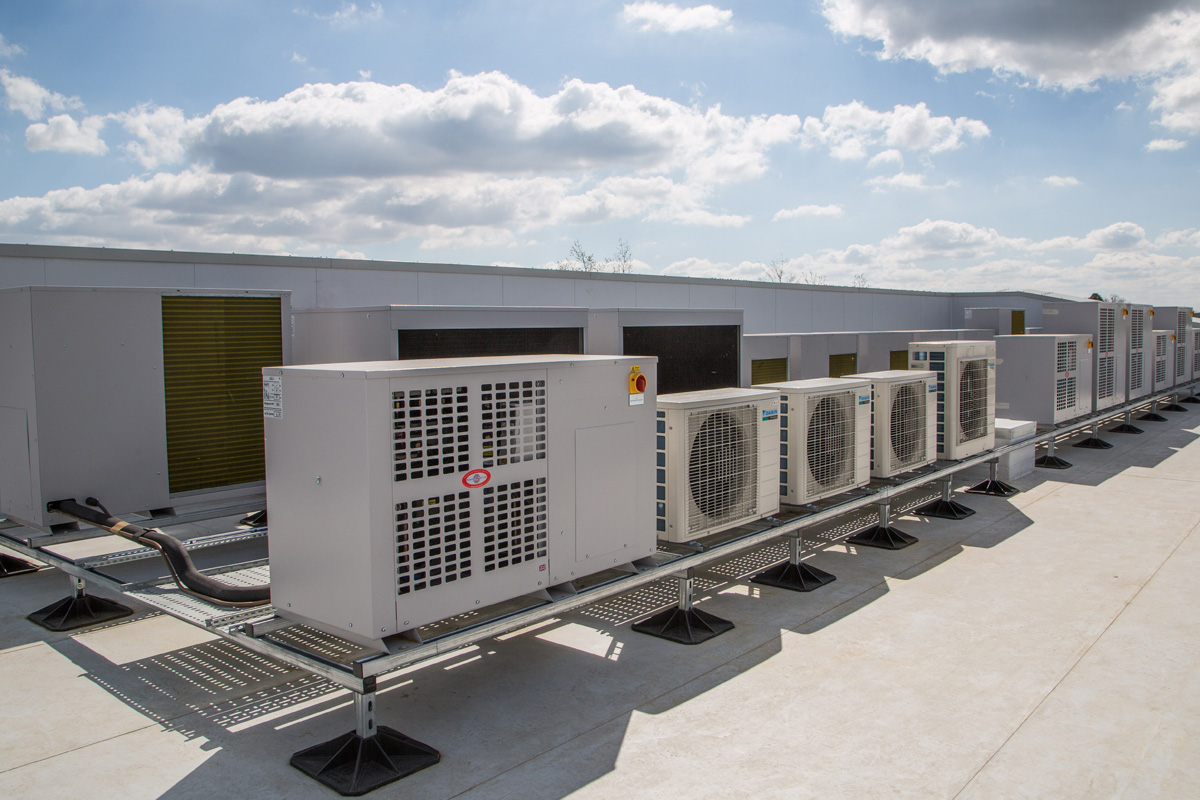 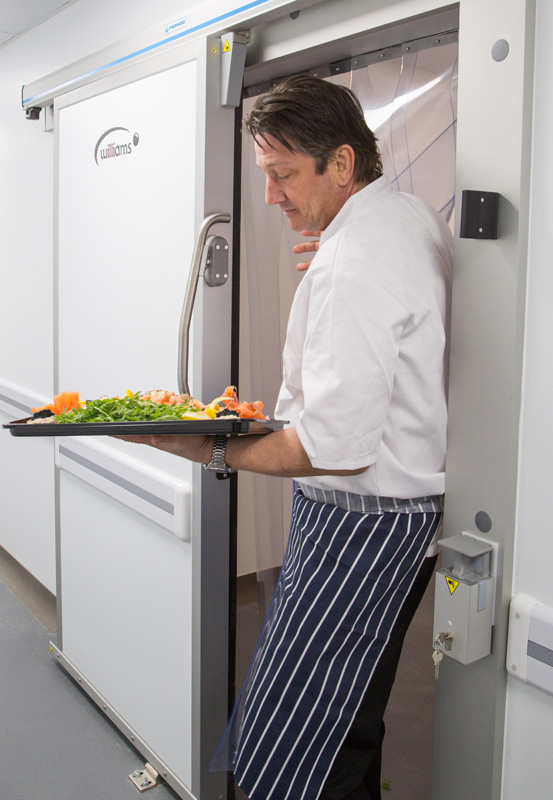 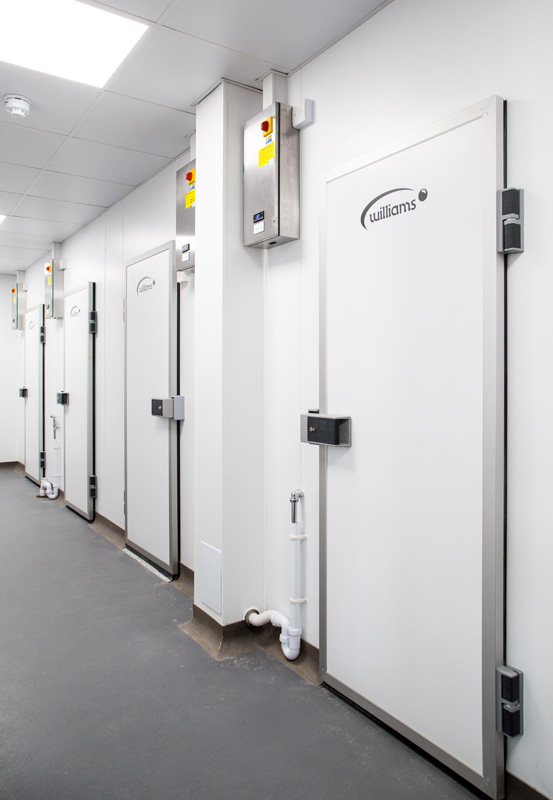 Pre-school childcare is booming as working parents look for safe and stimulating havens for their youngsters. While nurseries have come a long way in recent years, one area that can still be an issue is meal times. Children need their meals to have the right balance of nutrition, to be healthy and safe, and, of course, to taste good. The food supplier also has to be able to cope with any special dietary requirements.

Despite the boom, no foodservice company has set up a CPU dedicated to the specific needs of nursery foodservice – until now. The Professional Kitchen is a new company created to supply nurseries with lunches, five days a week.

Meals are made in a purpose-built facility in Basildon, Essex, which local EHO officers described as ‘the best central production unit’ they had ever seen. It was designed and installed by PHCC Limited and is planned so that food is moved around the building with no danger of cross contamination – a system that relies on a suite of seventeen coldrooms, built by British manufacturer Williams Refrigeration.

The Professional Kitchen is already preparing 1,000 meals a day – and interest is such that the figure is likely to rise to 2,500 or more per day soon. Jonathan Player is the managing director of the new company. His family run ten nurseries in the region, so they have considerable experience of the market.

“Smaller nurseries don’t have capacity on site to produce meals, so they struggle,” he says.

“We want to bring a professional meals service to nursery schools. We’re the first people to create a central production kitchen to provide it.”

Alongside highly experienced catering staff, the Professional Kitchen has on site dieticians and nutritionists. “Meals are prepared here, delivered fresh to nurseries, then they are simply served or, if hot, regenerated onsite,” says Jonathan. “Because this is a professional production unit we can minimise the risks from issues like choking and bacteria.”

Ingredients come into the facility and are immediately stored in four receiving coldrooms – one for high risk foods, one for vegetables, one for frozen and one for low risk produce. The four rooms lead into three coldroom prep areas, a salad and vegetable prep room, a general prep room (which becomes an allergen-free room once per week), and a high risk prep room, for food such as sandwiches.

All have UV steriliser cabinets for utensils such as knives removing the risk of cross-contamination. Once prepped, the food is then placed into storage coldrooms. Even the connecting corridor is refrigerated and the hard-wearing resin floor throughout the facility helps maintain hygiene.

Hot meals are cooked in the central kitchen and are then passed into a large Williams blast chiller freezer. Usually the meals are chilled but occasionally they are frozen. “The idea is to supply customers with chilled food for five days,” says Steve Hammond of PHCC, who managed the project.

“However, we also supply one day’s worth of frozen meals as an emergency backup – so if there is an issue, for example with transport, then the nursery would still be able to feed their children.” The vacuum-packed chilled food will have a shelf life of ten days, the frozen food should be used within a few weeks.

From the blast chiller food passes to the packing coldroom, where it is portioned, labelled and loaded onto trolleys. Chilled hot meals are stored in one coldroom, cold meals in another. These can be accessed from the pick and pack coldroom, where staff prepare orders for nurseries, before they are moved to the final holding cold store, where the delivery drivers pick up their fresh runs.

“Each of the seventeen coldrooms plays an important part, as food is passed from one to the other,” says Jonathan. “Food and ingredients are kept at the right temperature throughout preparation. It was all designed from the outset for the way our particular meals progress round the building, from fresh ingredients preparation to cooking and ultimately packing and delivery. Because each grade of food has its own separate chain, their paths never cross so we avoid contamination.”

“What makes us different is that we’re mostly working with smaller businesses – often as few as 50 meals a day,” says Jonathan. “Nobody else seems interested in catering for the specific needs of children under five years old.”
Charles Baseley is the head chef at The Professional Kitchen. “We want to see children being fed properly in nurseries,” he says. “With this building, we can.

“With refrigeration, you need absolute reliability. You need to know it won’t break down. That’s the main factor for me. We have a lot of refrigeration, arguably it’s the most important equipment we have, because if one part fails it could be disaster – we could be writing off a vast amount of food.”

Jonathan says, “When it came to refrigeration, PHCC’s first choice was Williams as their main contractor. Steve has been installing kitchens for 20 years and we were happy to defer to his experience.”  Because Williams has both the expertise and a wide range of refrigeration, the company was able to supply exactly what The Professional Kitchen needed, not only in terms of temperature control and size of individual rooms, but also in terms of features.

“For example, the blast chiller is very simple and functional,” says Jonathan. “It’s just roll in, roll out.” Even the coldroom doors come in for praise: the building has a variety of different ones, including sliding models, ‘flip flaps’ and personnel doors. “In a busy CPU, having doors that open and shut quickly is very useful!” he says.

“The guys at Williams understand what’s needed from a chef’s point of view,” says Charles.

Energy saving is a criteria for any new build. In the case of The Professional Kitchen, it was a key issue. “Typically a building like this, with this level of equipment, will need a 400 amp supply,” says Steve. “But we found we only had 100 amps. The cost to increase the supply would have been prohibitive.” 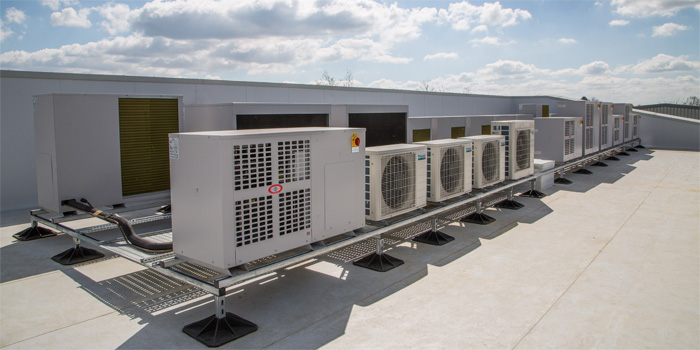 However, working with specialist consultants, Cavendish, PHCC managed to overcome the issue. “We installed an Optimiser energy management system,” says Steve. “It cleverly manages the power, sending it where it’s needed.

We also looked into ways to save energy, from using LED in the coldrooms and freezers and installing PIR sensors to all areas to carefully choosing equipment specifications.”

Jonathan says, “A key change was that Williams and PHCC looked again at the condensers, which are on the roof, and changed them to inverter drive systems. It was a bigger investment, but we were able to get the whole building, including the coldrooms and blast chiller, to use under 100amps. Plus, we’re saving thousands of pounds a year on energy. 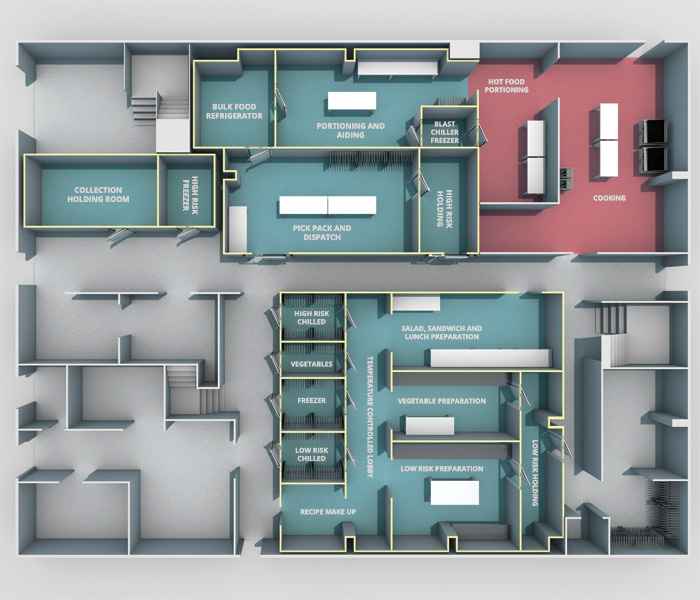 Williams at The Professional Kitchen

The rooms have internal evaporators and controls (connected to individual systems), while the prep rooms have individual ceiling cassette type evaporators with remote condensing units on the external plant area on the roof.
The Williams blast chiller freezer, model WMBC240C, is capable of blast chilling or freezing 240kg of prepared food.

Each coldroom is served by a dedicated remote refrigeration system. A dual-compartment coldroom consisting of a high risk frozen storage room and a holding chilled storage room, controlled with individual remote refrigeration system. All the coldrooms use lower GWP eco-friendly refrigerant. The rooms’ light sensors will operate in freezer temperatures below -22°C. Williams also supplied several single door upright cabinets that are used for a variety of storage purposes, including menu idea samples.