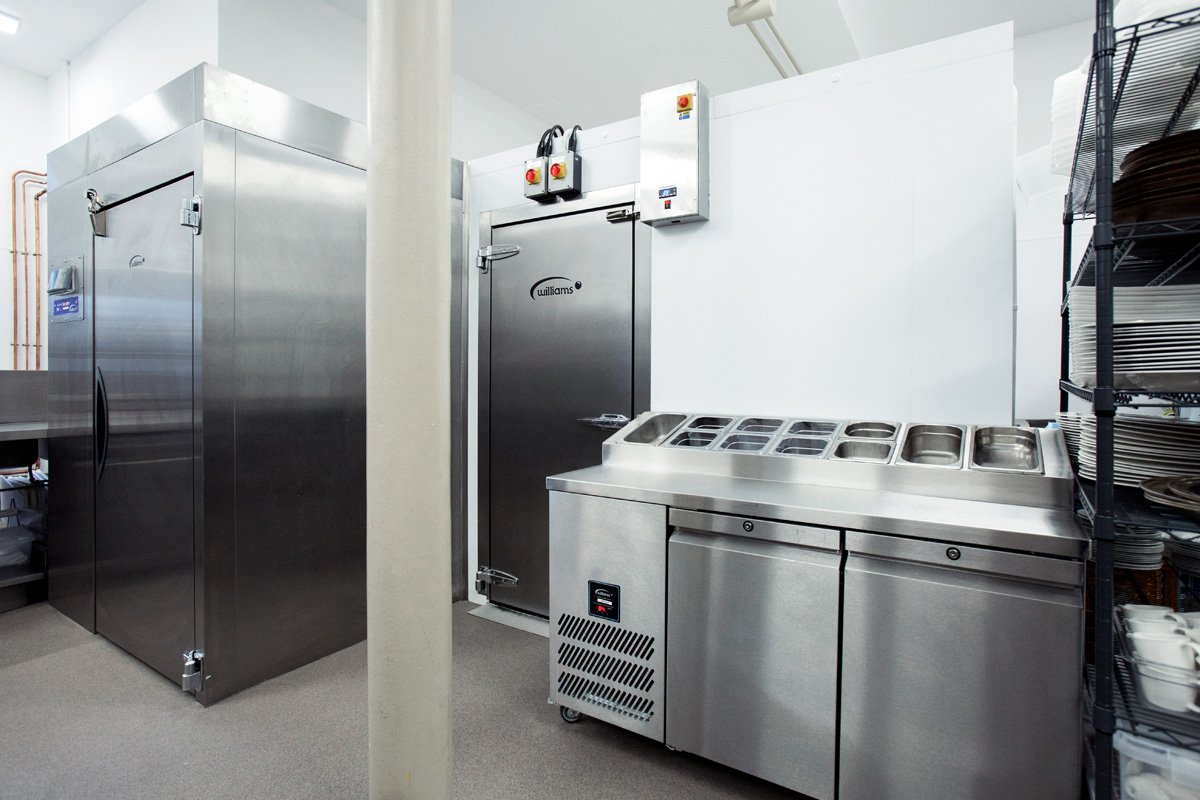 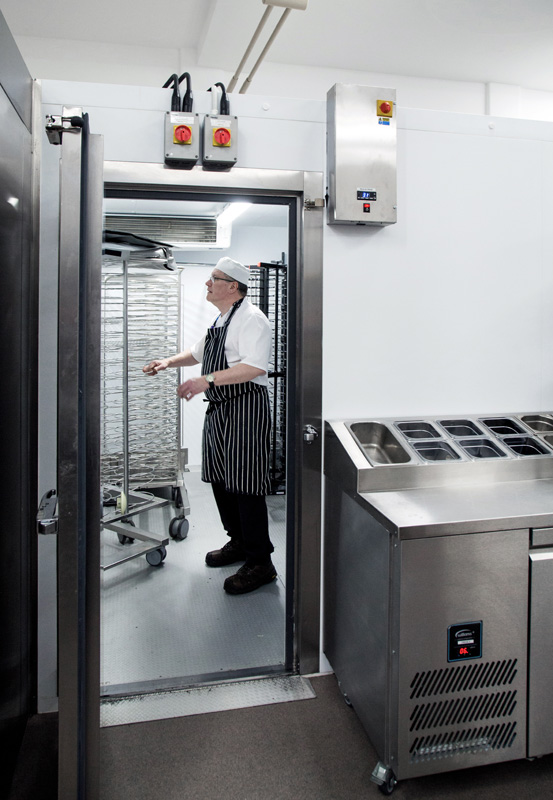 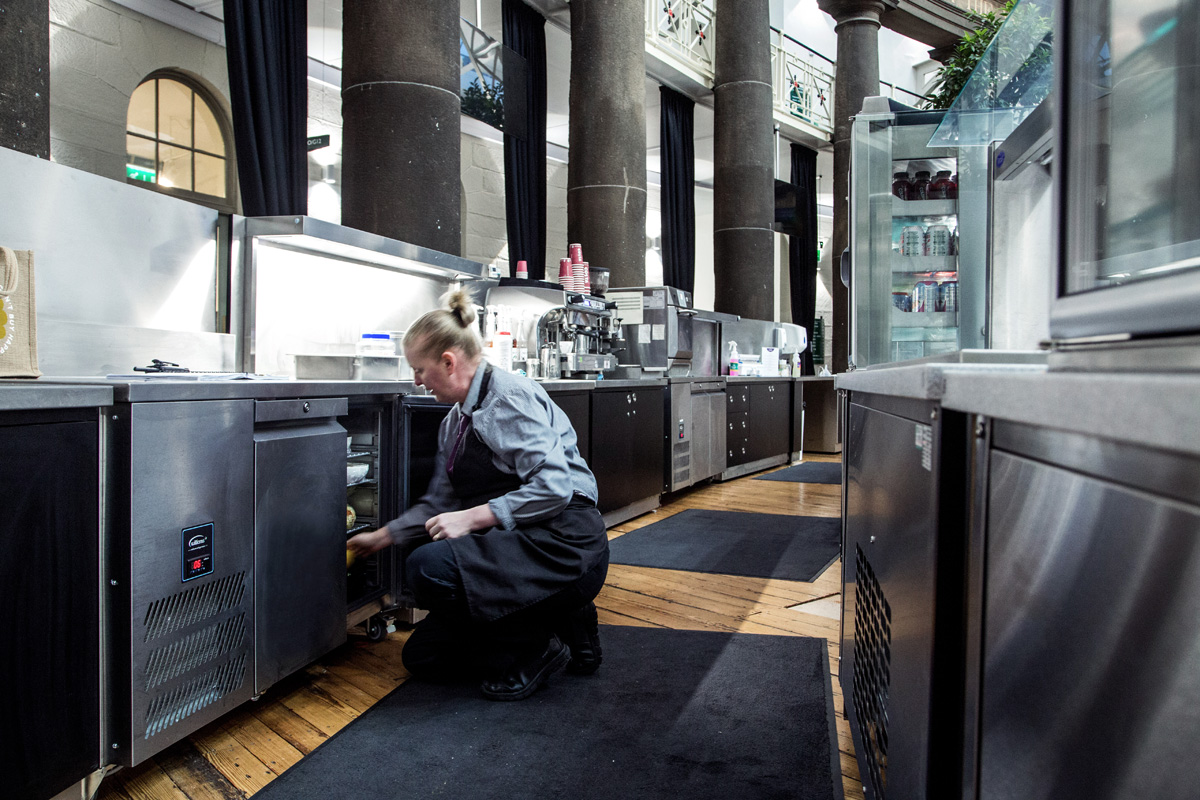 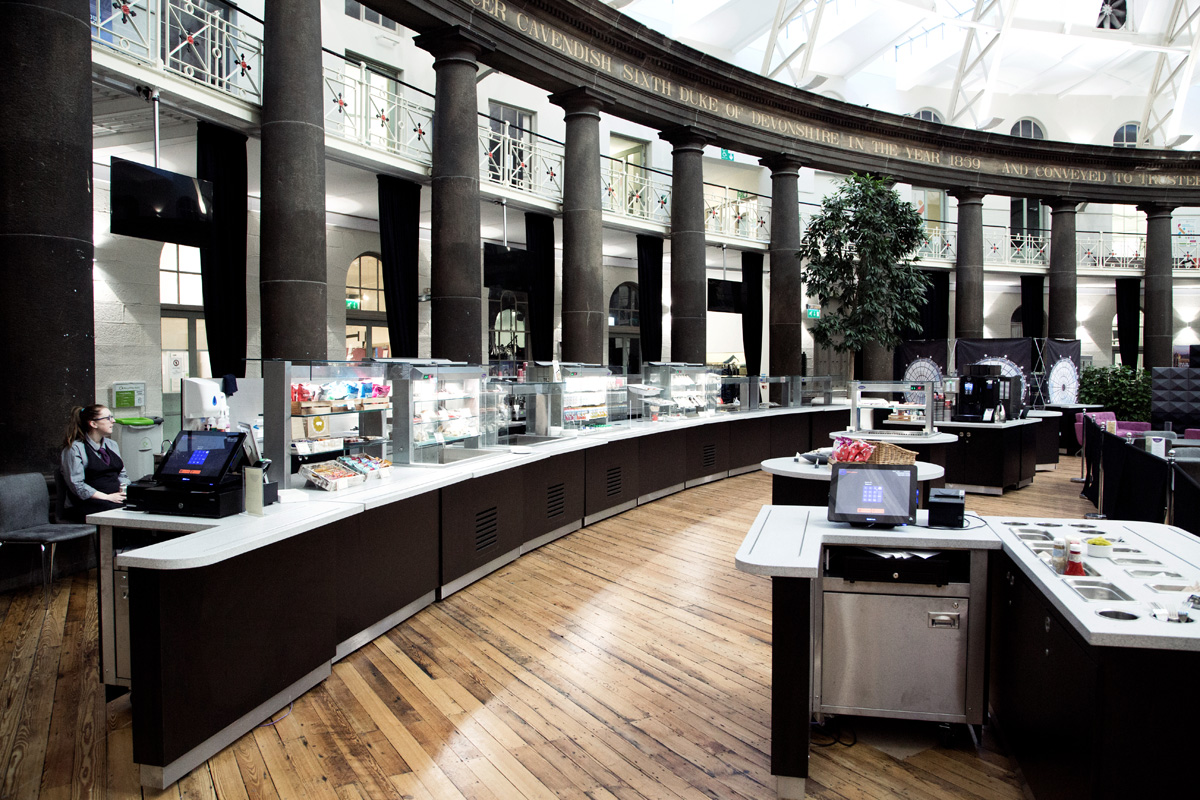 The Devonshire Dome is one of Buxton’s most iconic buildings. The vast space is the biggest unsupported dome in Europe and was built in 1779 by the fifth Duke of Devonshire. Its original purpose was as a grand stable block and later it was converted into a hospital.

It is now part of the University of Derby, housing the Buxton Campus. The students here study culinary arts, as well as event, hospitality and spa management. The Dome remains open to the public as a multi-purpose catering site, including a café, fine dining restaurant, and a banqueting facility for up to 1,000 covers. Plus there are two student dining outlets and the site also caters for lecturers and senior management. Much of the catering operation is staffed by students.

Recently The Dome made major changes to its catering operation, building a new kitchen and refurbishing an older one. Both new facilities are designed around refrigeration from Williams.

Richard Greensmith is operations manager at the University of Derby Buxton campus. “When we’re buying catering equipment for students we are looking to prepare them for the workplace,” he says. “We need to train them for any eventuality – from the basic to the Michelin Star.” There’s a need to make sure the equipment is robust, easy to use and easy to clean. “Being used by students, it’ll need to take the knocks and scrapes that a normal operation wouldn’t give it,” says Richard. “Plus, all the equipment gets very heavily used when we have one of our big functions.” All of the refrigeration in the new kitchen is from Williams. The brand is also prominent in the refurbished kitchen, and in the serveries in the cafés and dining areas inside The Dome.

Alongside counters and undercounter cabinets, the site also has a coldroom and a blast chiller, both of which are roll-in units, and a reach-in blast chiller. A key issue with the new kitchen is that it is housed in what had been a café, with awkward walls and floors. “For example, with the roll-in blast chiller and the cold room, what we needed was a system that could be built with a very low threshold, so that we could wheel in the plated meals on the trolleys,” says Richard. Despite the restrictions, the two units make maximum use of the available space. The coldroom measures 400cm x 325cm and the roll-in blast chiller, model WMBC120, is 167cm x 125cm. Similarly, there is a variety of different Williams counter and under counter fridges and freezers in the kitchen, to allow The Dome to maximise the amount of storage. They include eight Jade two-door counters in varying formats, including biscuit top units (designed to fit below a fitted worktop) and models with raised pan ingredient holders, which are used as prep stations.

There are also several of Williams’ space-saving Aztra and Amber counters. The range of counter and under counter refrigeration has meant that they could be installed into this difficult environment – working around the tricky angles and pillars. “The refrigeration obviously needs to be robust, because of the use it gets. It also needs to be quiet, because it’s in a training kitchen and practical – we really like Williams’ cushioned doors, the self-closing feature comes in handy with students!” says Richard. The Williams roll-in blast chiller caters for The Dome’s large volume of banqueting, while the WBC30 reach-in is used mainly for the restaurant and cafés. “They are very simple to use,” says Richard. “There are three probes which can go into the food, monitoring temperature, and only three buttons to operate them.”

The blast chillers also offer a choice of ‘hard’ and ‘soft’ chilling, which is especially useful given the wide range of foods prepared in the kitchen. It means they can be used with all types of food – hard chilling for more solid ingredients such as mashed potato, and soft for delicate ingredients such as fish.

The Williams coldroom supports both the student-run restaurant and the banqueting. “The stores department prepares and dispatches the food, which is stored in the Williams coldroom until needed.” Richard points out that the university cares very much about sustainability and energy efficiency, which was another reason for choosing Williams equipment. For example, many of the Dome’s counters are Jade JC2 models, which are amongst the market’s most energy efficient and have ‘A’ grade energy labels. The kitchens were installed by Bunzl Lockhart Catering Design Services. “I think they have been very thoughtfully designed,” says Richard. “The new kitchen was an especially difficult project from the start, because of the shape of the room and the range of work required to carry it out.” In effect, it has to be truly multifunctional. “It’s a training kitchen, a fine dining restaurant kitchen, a large-scale banqueting kitchen, and it’s suitable for external caterers too. So, it was a very difficult brief to fulfil, and I’m glad to say it has been well received.” Richard is delighted with the new kitchen and the choice of equipment. “The support I’ve received from Williams has been exceptional. If there’s ever been a question I’ve been able to talk to my sales manager straight away, he’s been very responsive.”