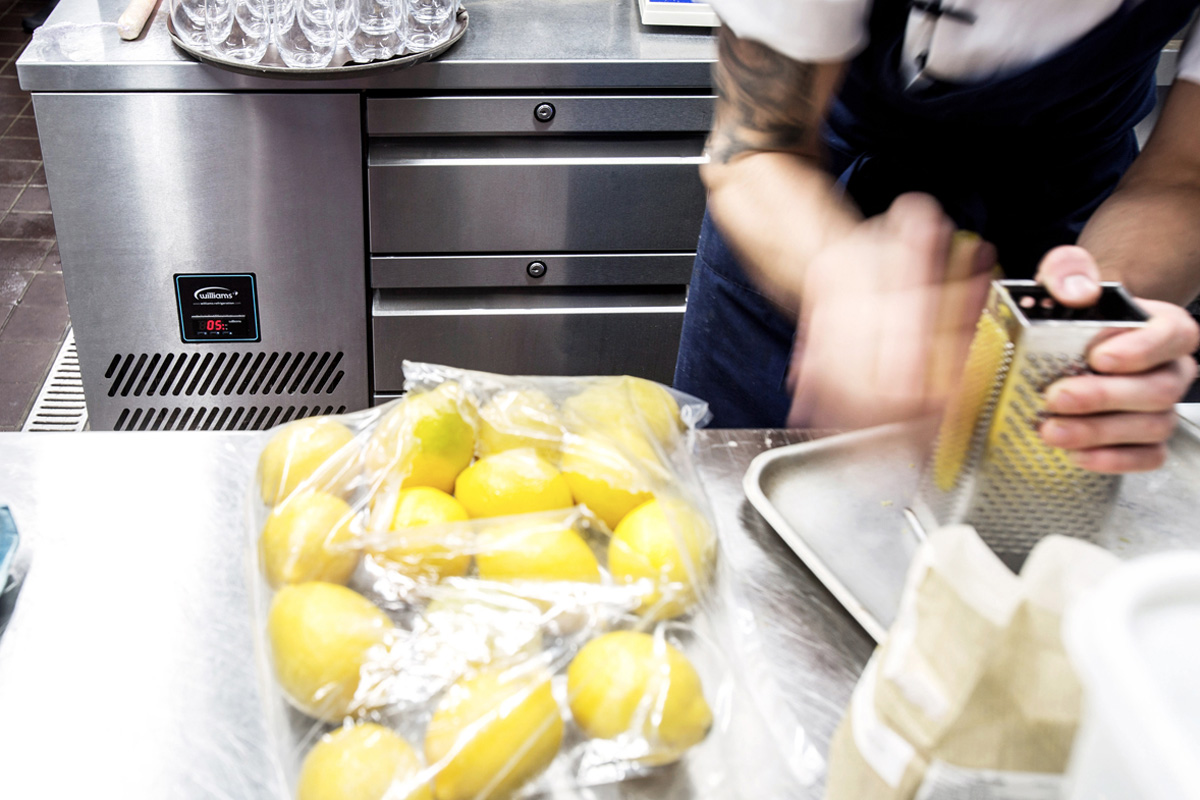 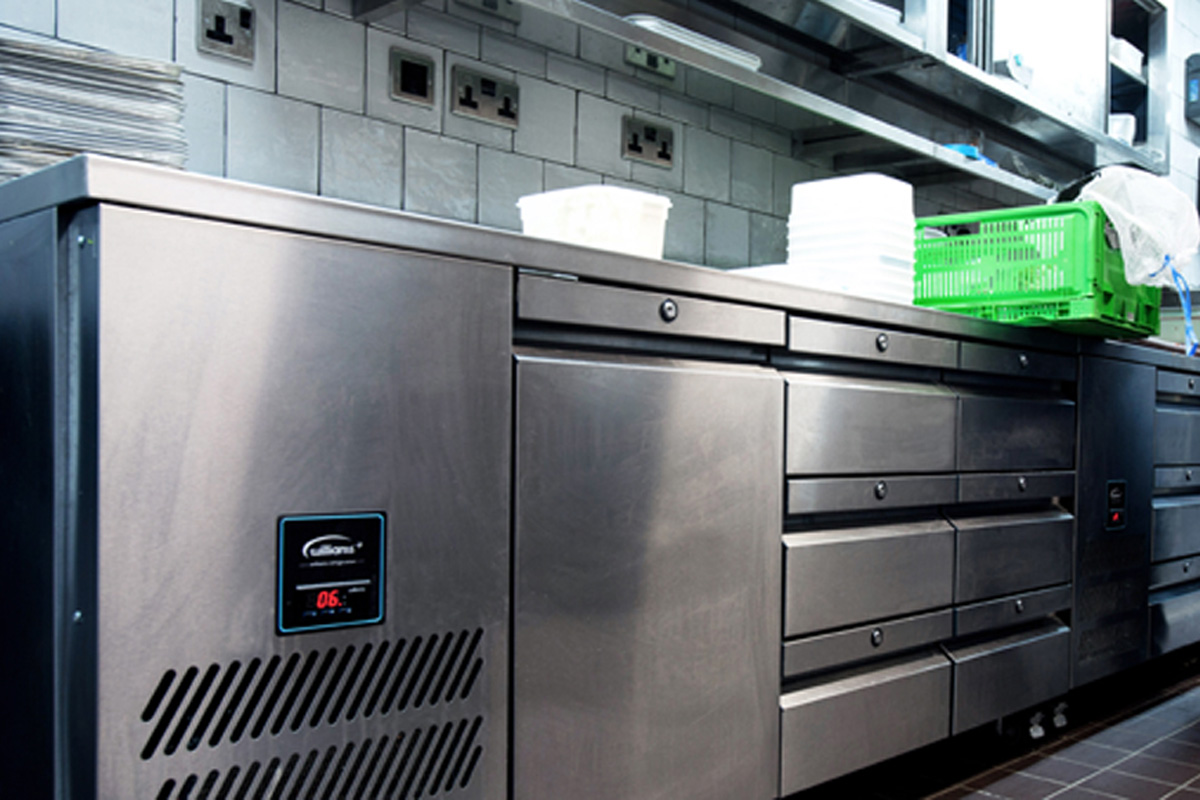 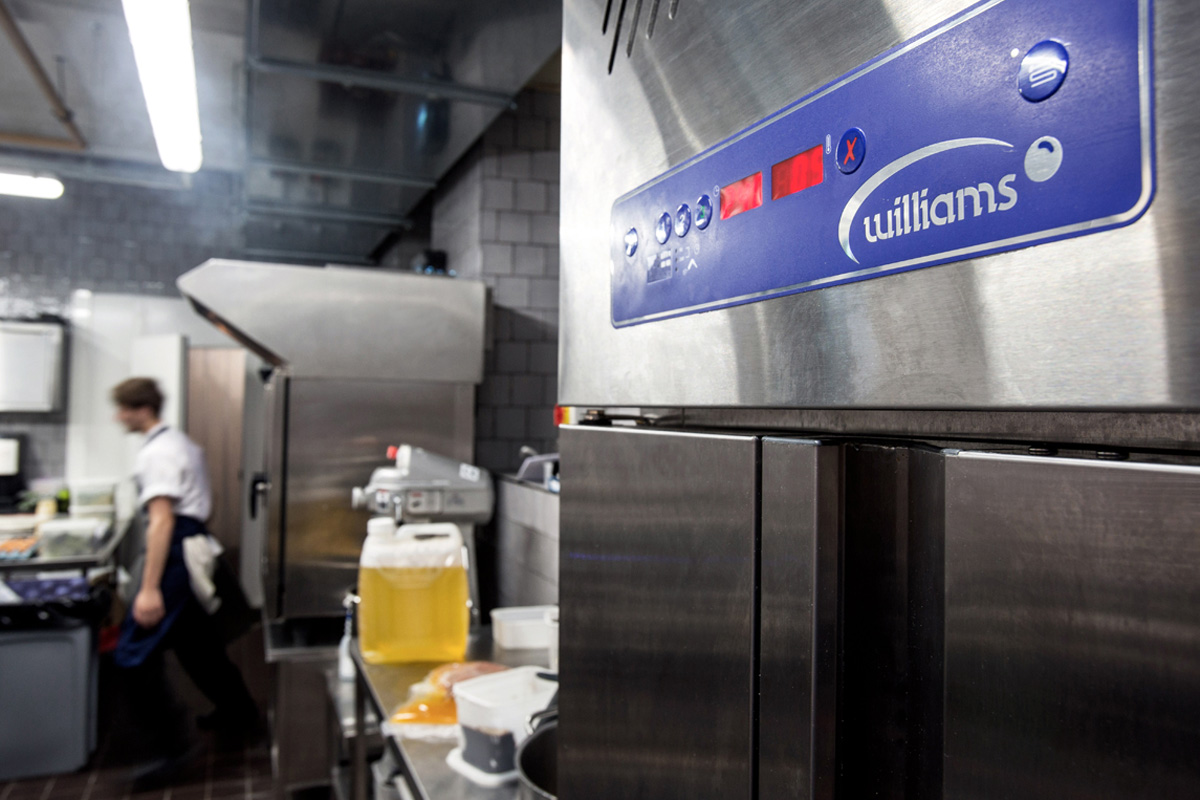 Cabinet at the Beaumont 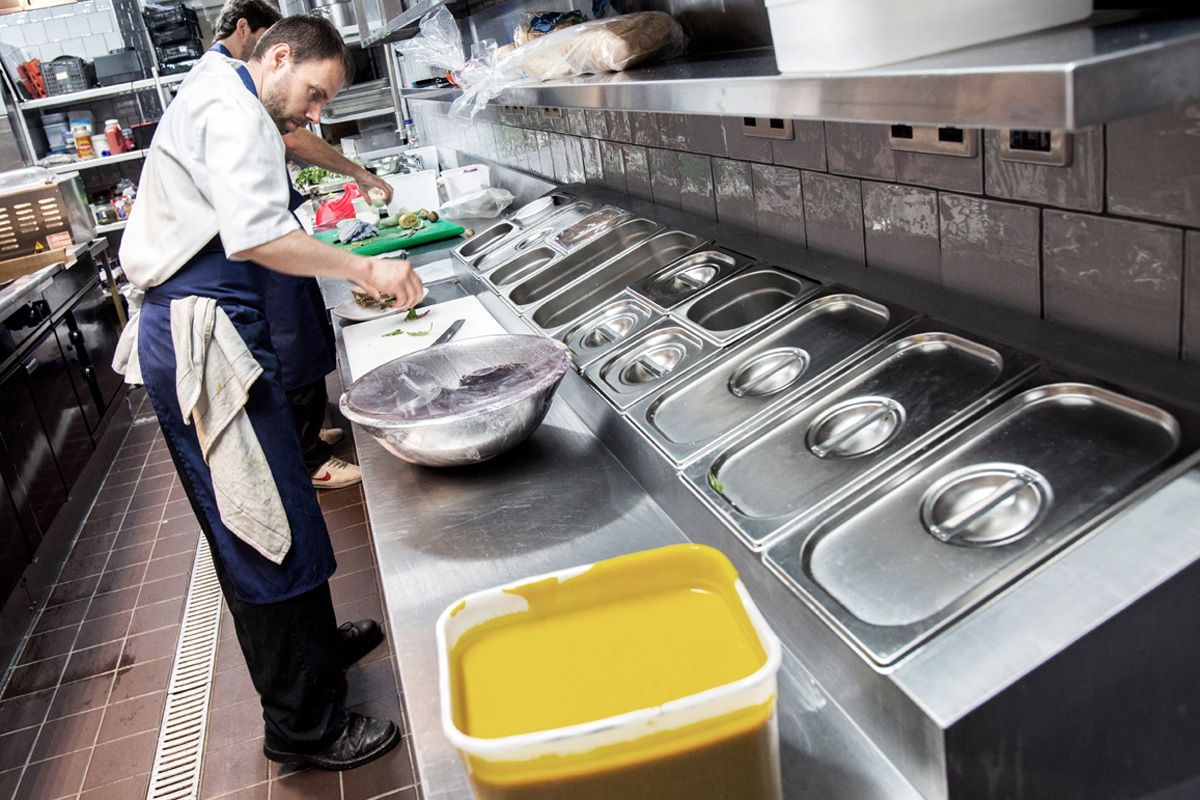 Preparation Counter at The Beaumont Hotel 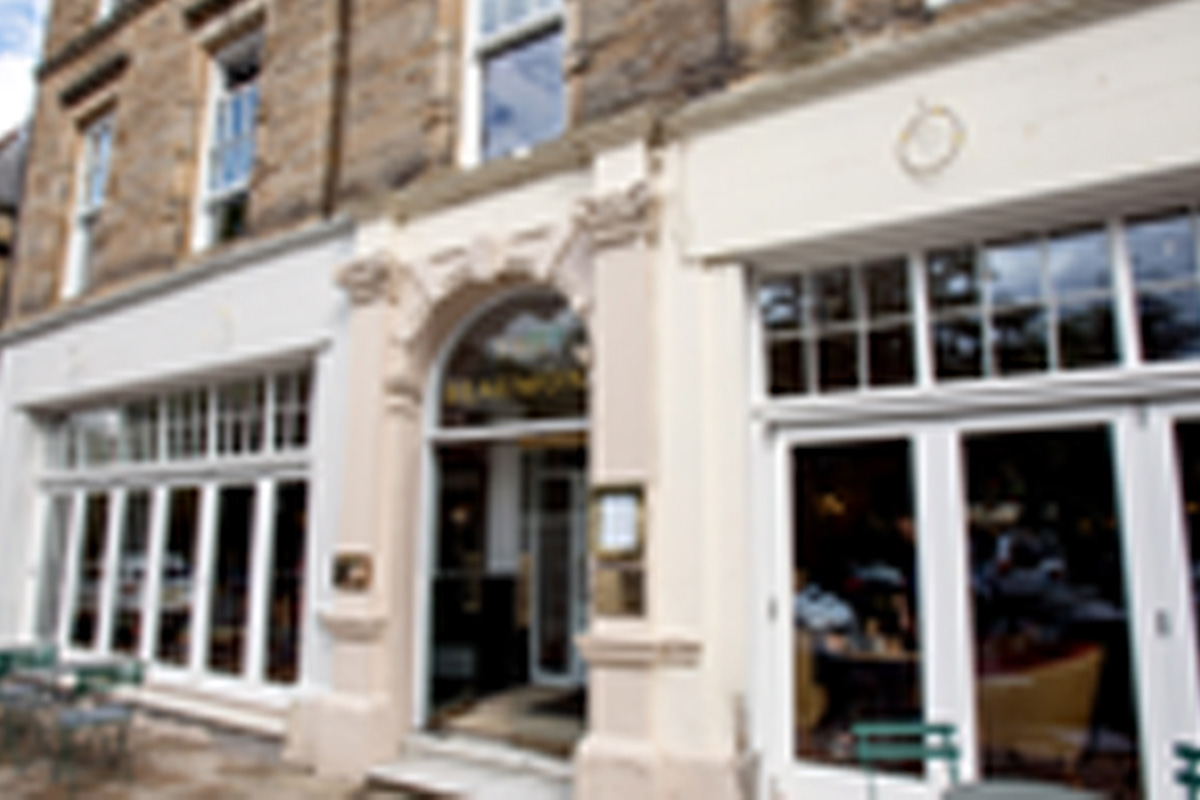 The Beaumont Hotel in Hexham is a classic Victorian building that’s being turned into a stylish, modern, designer venue. It’s undergoing an extensive refurbishment, following its sale for £1.9million in 2016. Proprietor Roger Davy is a local who spent 20 years working in hospitality in London.

“We’re creating a casual environment,” he says. “People can choose what they want to do and where they want to do it. They have the freedom to go into a space and use it for a variety of occasions. People come in for breakfast, morning coffee, lunch, afternoon tea, dinner… the change is seamless.”

Catering at the hotel will be busy, once all the refurbishment is completed. The restaurant has 80 covers and the upstairs function room 100. “Currently we’re doing 100 dinners and 40 lunches daily. The aim is to serve 200 a day, plus functions,” says Roger.

“We’ve brought our own design perspective and we’re concentrating on quality – in terms of accommodation, service, drinks and, of course, food.” To help deliver that quality the Beaumont’s new £300,000 kitchen has refrigeration from Williams.

The kitchen was designed and installed by Crosbys, for whom John Clarke was project manager. “They’ve brought a bit of London style to Hexham,” he says. “For example, the open ‘industrial’ ceilings look fantastic, as do the grey crackle tiles in the kitchen. The décor is fabulous.”

The kitchen is housed in the hotel’s former ballroom. “It’s a big space, so we had pretty much a blank canvas,” says Roger. “The main criteria was that it should function well – we want it to produce good quality food with the minimum of stress.

However, it also had to look attractive – it’s completely open so people can see in, the tiles cover the floor and walls, the equipment is smart and the whole kitchen is designed to be eye-catching.”

When it came to specifying catering equipment, there were clear priorities.

“To maximise the bottom line, we want equipment that will last a long time, and won’t break down. So longevity and reliability are key. After that, it’s a matter of value for money and looks.

“With refrigeration, reliable temperature control is critical. If we set a fridge to 3°C, I expect it to be operating at 3°C twelve months later. It’s even more of an issue with the walk in coldroom – there’s a temptation for the chefs to leave the door open. It’s vital that your refrigeration functions properly.”

Williams equipment at the Beaumont

The Williams equipment at the Beaumont Hotel includes a dual temperature cold room, for chilled and freezer storage, a blast chiller and several undercounter units.

The refrigerated counters are all supplied with drawers rather than doors. “The decision to go with drawers obviously increases the price, but the payback is improved service and delivery – they make chefs’ lives easier, by making access to and organisation of ingredients better.”

The variety of options offered by Williams helped make the refrigeration even more functional, says John. “For example, some of the counters have raised ingredients wells. In the pastry area, they have gantries. When it came to refrigeration for the kitchen pass, space was very limited so we opted for an Aztra undercounter cabinet, which is very compact.”

Sustainability is important to The Beaumont Hotel. “We take an environmental perspective,” says Roger. “We source food locally and seasonally. We recycle. When it comes to specifying equipment, we’re looking for appliances that will have a ten-year shelf life.”

Roger is impressed by the way Crosbys handled the job. “They are a local company and the work has been completed to a very, very high standard. It’s the best we could have had. Their design, support, installation and ongoing communication have all been exemplary.

“Williams’ customer support is excellent, too. As with any install, things can go wrong. They are very quick to respond, they’re reliable and they get the issue sorted.”

Roger especially liked the ‘Williams attitude’ during the coldroom install. “It wasn’t straightforward because it was such a busy time and they had to work around other peoples’ schedules,” he says. “They were very patient and they did a top-notch job.”